Q- I have an old telephone bill, which I have not yet paid off. What should I do?
A – The amount on the bill which you have not paid is a debt which you are answerable with regard to. So it is obligatory upon you to hasten in paying it off, and remove yourself from any liability regarding it. – Permanent Committee for Research and Verdicts; Fatawa Al-Lajnah Ad-Da’imah, vol. 23, no. 11938

Q- Is it permissible for a woman to read the Qur’an silently? Or must she recite it out loud and slowly?
A – Reciting the Qur’an slowly is not compulsory – for male or female. But doing so is considered one of the etiquette of recitation. Among the best forms of recitation is that one would do so slowly, pondering over its meanings and trying to understand it. One can recite it quickly under the condition that none of the letters are skipped.
As for reading out loud or quietly, this depends on the person: if one feels more alert and can concentrate better by reading it out loud, he should read out loud, as long as he is not disturbing others. If he can concentrate better when reading quietly, then he should read quietly. And if both are the same for him, he may choose as he wishes.– Sheikh Bin Uthaymeen; Fatawa Islamiyah, vol. 7, p. 27

Q- When a person accepts Islam, should he change his name? For example, from George or Joseph to something Islamic?
A – Unless a person’s name signifies him being a worshipper of other than Allah, it is not necessary for him to change his name. It is only good or better to do it. So it is good to change his foreign name to an Islamic name, but it is not obligatory.But if his name was Abdul Masih (the servant of the Messiah), or something similar, then he definitely has to change it. But in case of other names that do not signify servitude to other than Allah, like George and Paul, then it is not neccessary to change them, because these names are used by people other than Christians too. – Sheikh Bin Baz; Fatawa Islamiyah, vol. 8, p. 212 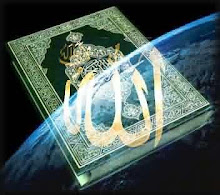